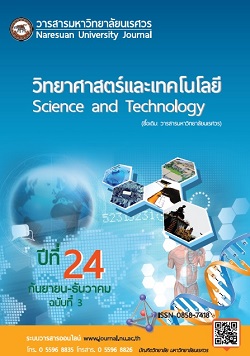 Background: The firearm-related deaths are commonly found in forensic pathology and it is a major public health problem in the world. In Thailand, the number of gun possessed by civilians is highest in ASEAN and at eleventh in world rankings.

Objective: This retrospective study show aimed to examine the parameters of firearm-related deaths in lower northern Thailand investigated by the Forensic Medicine Department of Naresuan University, Phitsanulok from year 2007 to 2013 and to compare the result with those from other centers including central Bangkok and international context.

Method: The data of firearm-related deaths are collected from autopsy reports in Forensic Medicine Department of Naresuan University, Phitsanulok from year 2007 to 2013.

Results: The total firearm-related deaths comprise of 20.3% (320 cases) of total 1,580 forensic autopsy cases. The most common manners of death are homicide (92.8%), followed by suicides (5.3%), and accidental deaths (1.9%). The male to female ratio is 8.3:1, with age groups of 21-30 years in the cases of homicides and 41-50 years old in the cases of suicides. The youngest victim is 4 years and the oldest is 73 years old. The weapons of choice in crime are handguns, followed by shotgun. Outdoor incidence is most common scene of homicide and private homes are the most places in committing suicide. There is no specific site of injuries in homicide cases, while the most commonly found in suicide cases is head. Multiple entry wounds at chest are found in one case of suicide.

Conclusion: The annual incidence of firearm-related death in lower northern Thailand show a steady increase ever since 2007, reaching 10 times in 2013. This study reveals that a number of entrance wounds and ranges of fire are related to the manner of death.

The most common manner of deaths is homicide. Comparing the results of this study with those emerging from comparable studies conducted in other countries and in Central Bangkok reveals many parameters are similar such as male gender, young age group, and weapon of choice is handgun etc., but incidence rate of firearm-related death and homicide in lower northern Thailand are higher than in central Bangkok.